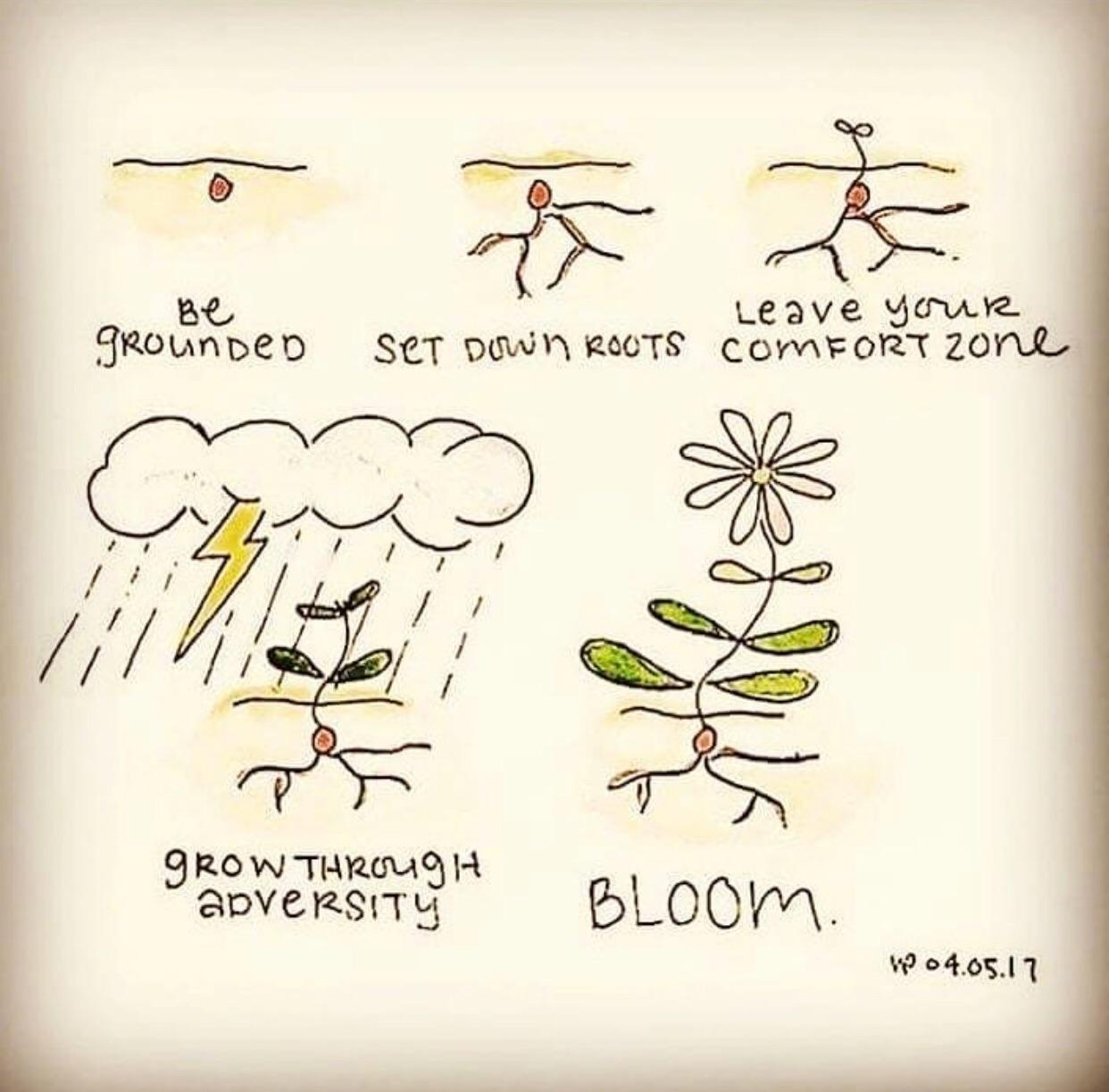 Does every flower flourish? No. A substantial number of them will also die during any of the steps. For other cycles it may even be the majority even in some cases.

Spring showers can destroy and drown the flower, winds will break it off. But it is perhaps the goal of the metaphor as well. Because what we might perceive as adversity at a given time is the very thing that will in fact make us stronger.

"Sometimes when you're in a dark place you think you have been buried when you have actually been planted."

Life cycles in such a way that there is a logical progression from one stage to the next. The picture above symbolizes that. It is a visual representation to the teachings of Divine Guidance that can give you the courage to overcome adversity.

The same is the path for Man. It is arduous. Much courage will be needed."

It is from the Osho Zen Tarot which has been a key aspect in my study and I feel that I know something about the subject. The book gives wonderful depth to the method.